Give your ecommerce business the edge to be successful with a premium domain name at WhereHouse.com. 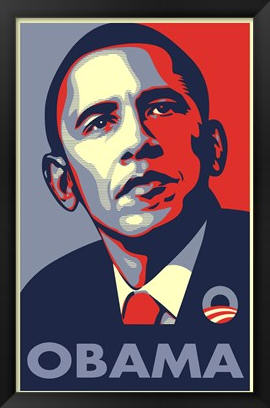 The history of domain names now dates back a quarter of a century, ranging from top level credible domain names that are key to businesses success to crazy names that are put up for auction. Take BarackHusseinObama.com that never really found a home.

The domain was put up for auction in 2008 on eBay, widely publicized as big news by the owner and promoted through press releases as a premium sort of domain. The issues, however, were wide ranging. Barack Obama wasn’t yet president. The political right wing, namely Donald Trump was doing his best to disqualify Obama’s political run for office and perhaps most significantly the domain name was 18 letters long, far too many characters to be considered as a valuable asset by veteran domainers.

The auction came and went. It’s hard to tell whether it was ever sold. Perhaps more than any other domain name in recent history the name was considered as a joke by veteran domainers. (I know there’s plenty of competition.) Nonetheless, Archive.org which records website development online as the archive of the web shows no history of the name ever being developed.

In 2011 it was later forwarded to DemocracyNow.org. Why is this significant? Perhaps because there has never been a time that the web has been booming more than it is these days in the midst of a global pandemic. More websites are being introduced online each day these days than can be counted. Ecommerce success is a major attraction.

The press release in 2008 announcing the auction read like most eBay auction releases: “Responding to demand from conservatives and liberals worldwide, the owner of the widely acclaimed and controversial domain name PresidentBarackHusseinObama.com has decided to sell it in a 10-day online auction…”We anticipate extremely high national and international demand and intense bidding in this auction’s final few days,” said a spokesman for the domain name’s owner, Fix Bay, Inc., a Nevada-based corporation”

The push to make the name valuable was being marketed. However, if you search the Whois.com archive these days you can register the name for the registration cost. It was dropped by its former owner years ago like tons of other domains are daily.

The most valuable domain names are usually short, describe a business, enterprise or person and most readily are found as dot coms. They don’t sell for big money very often, if ever at all, on eBay.

As it turned out, Wayne Melton, the president of Fix Bay, Inc., a Democrat, was a candidate for the Reno, Nevada city council at the time, and he bought the domain from the registrar to drum up publicity for his own political campaign, an inexpensive attempt to develop publicity to get votes. Many might consider it a crazy effort.

For your on-line business to thrive and build an optimal web presence your business needs the ideal e-commerce name. One that relates to your business, has name recognition, and is easy to remember.